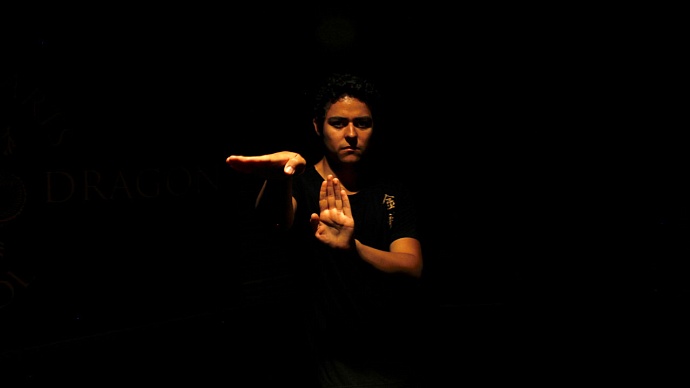 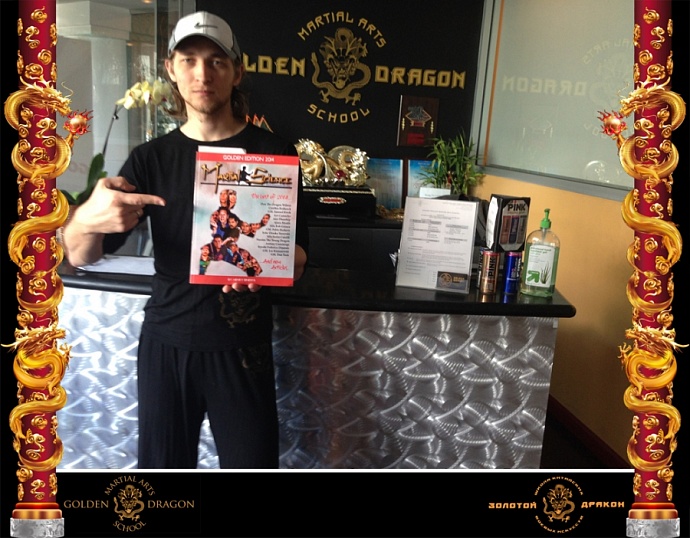 Dzidu Krishnamurti once said: "To do what you want - a real slavery, but to do what is necessary - this is true freedom." These words of wisdom can be difficult to comprehend in the world of today with all of it’s materialism and need for immediate gratification. It’s easy to get confused between what we want and what we need.  Satisfying need requires effort, whereas in satisfying desires we look for the easiest means to the end: in other words laziness. 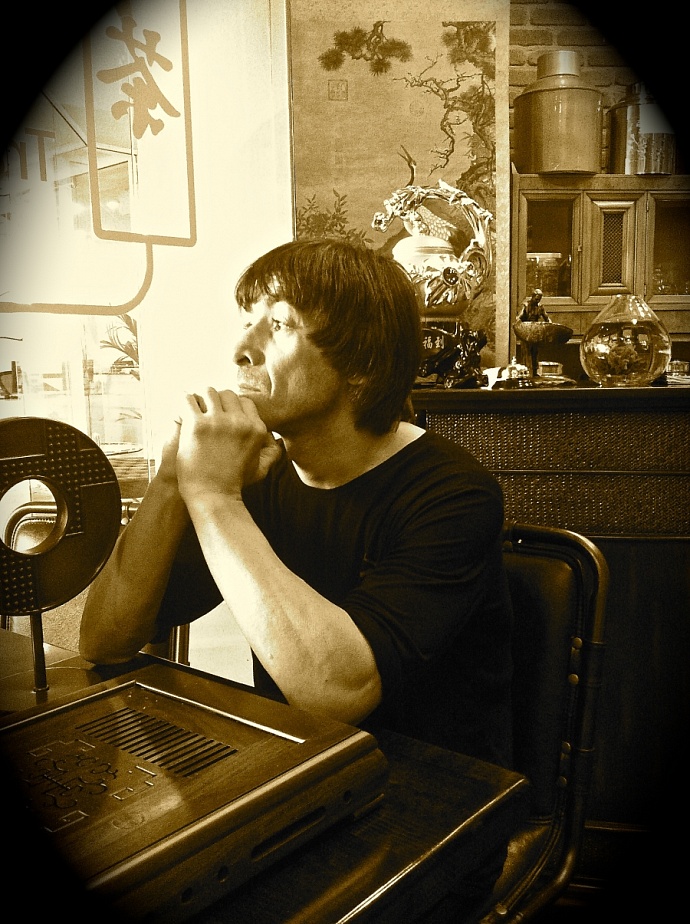 Dzidu Krishnamurti once said: "To do what you want - a real slavery, but to do what is necessary - this is true freedom." These words of wisdom can be difficult to comprehend in the world of today with all of it’s materialism and need for immediate gratification. It’s easy to get confused between what we want and what we need. Satisfying need requires effort, whereas in satisfying desires we look for the easiest means to the end: in other words laziness.

We complicate our lives by storing too much useless information and leaving little room for useful knowledge that can help us to grow. We’re always on the go, waking early, working late and not having enough time for the important parts of life. Neglecting to spend time with loved ones while rationalizing that making money for them somehow justifies the lack of time spent with them. They are not happy and neither are you. You dream that one day all of your efforts will pay off and you’ll be a hero! 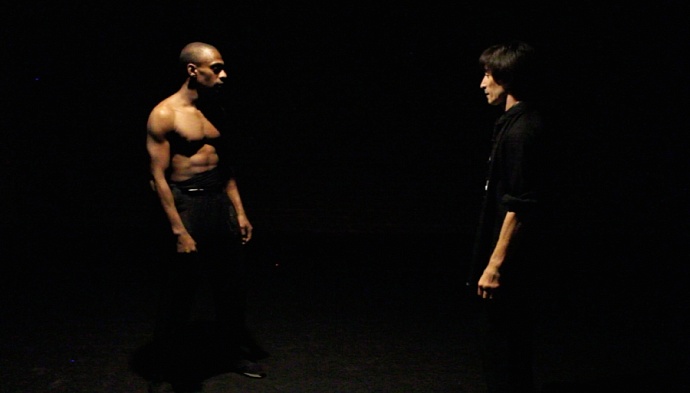 Action choreography for an upcoming sizzle reel. My foot landed in the wrong spot, and the Master Valery made me pay for it! All in good fun, of course :) 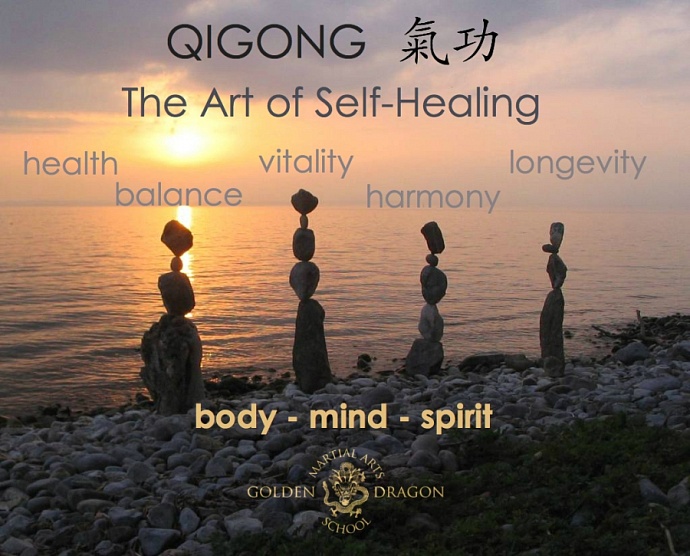 Chi Gong became an independent discipline not so long ago. Originally, it was created as a part of martial arts. Chi Gong has been developing and existing for thousands years for soldiers training in the army. Regular Chi Gong practice brings balance into your body and gives you strong health. And strength and endurance are the “side effects” of the Chi Gong.

But Chi Gong focuses not only on the physical body; Chi Gong practitioners become healthier spiritually as well. There is another definition of Chinese Chi Gong reflecting its essence: "Chi Gong is an effort of the will, expressed in the external action." Not the body determines how you move but your will. Primarily Qigong is training of the will. If you can train the body a few times a week, your willpower must be trained every day. These workouts combine spirit, mind and body and make the person whole.

Detail
The most popular weapon in ancient China 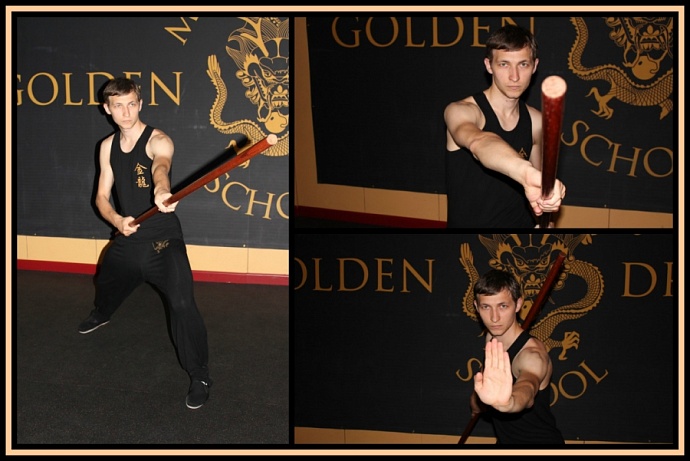 The staff, or as it used to be called, the "Eyebrow height stick" was the most popular weapon in ancient China. People always had to defend themselves against bandits or wild beasts and the stick as a part of domestic life was always on hand. And circumstances themselves made suggestions. Very soon the staff became the basic weapon. From that indefinite time the staff technique started to be developed in China. Cheapness and quick production are big advantages of this weapon. Another good thing is its length, because it is much safer to fight from the distance of 2 meters with an enemy than just 1 meter.

Detail
Your emotions define your health 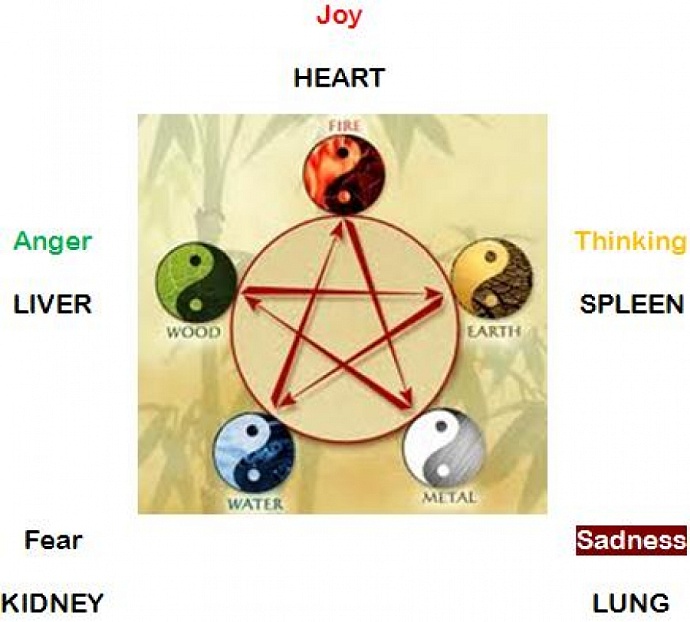 This article is dedicated to simply describe the interaction between the emotions and the internal organs according to the principles of Chinese medicine. You will know why you need to regulate the emotional sphere and how internal organs can be affected by your emotions.

In everyday life, we sometimes use body idioms such as "a heart filled by joy," or "butterflies in one's stomach" or "get it off your chest". These expressions were not invented without reason. According to Chinese medicine, each emotion corresponds to specific internal organs. For example: anxiety is in the stomach, which is why students cannot eat anything before an exam or a test. They do not have any appetite at all, and there is a huge concern about the outcome of the examination or test. Due to this reason, some students get gastritis during their education.
Other emotion-organ correspondence: 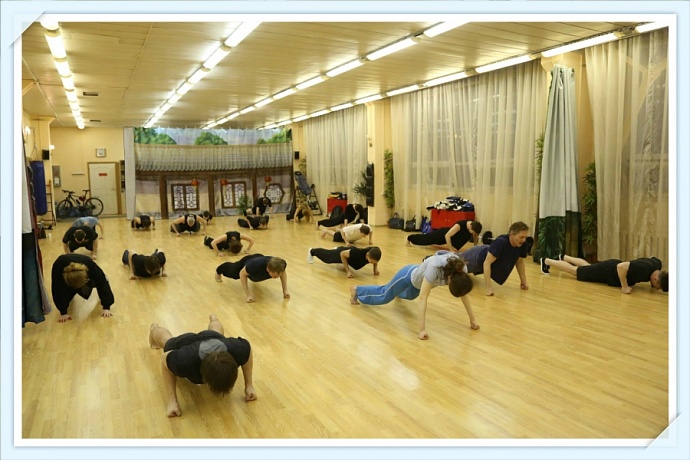 Push-ups are one of the easiest exercises for developing the shoulders, arms, back, abdominals, core muscles as well as other parts of your body. It is one of the most popular exercises among students at the "Golden Dragon" school. Let's see what makes this exercise such a favorite. 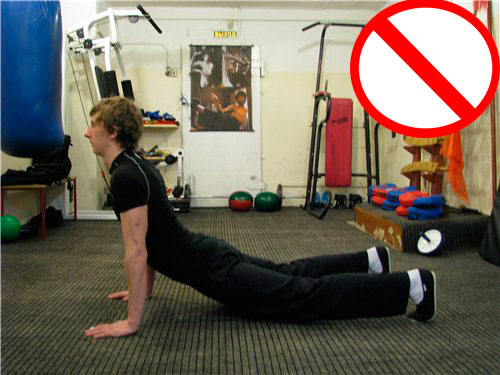 To start, let's deal with the initial position. It´s essential to keep your entire body straight. Don´t bend at the waist because it can transfer all your weight to the ligaments of the spine, and you won´t be working your muscles properly in this position. In fact, it can even be harmful because there´s the potential that any sudden or abrupt movement could pinch a nerve or dislocate a disc. 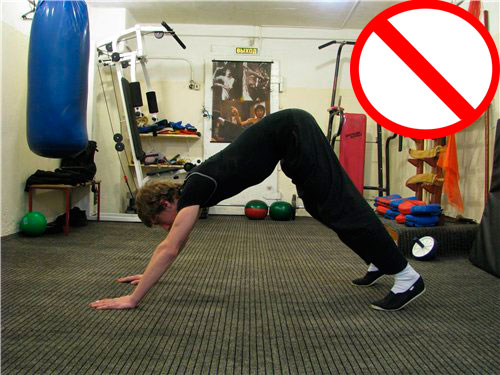 You should also avoid the opposite extreme of raising the pelvis too high.  This position will put an uneven load on the arms and shoulders, which is not good for their development. 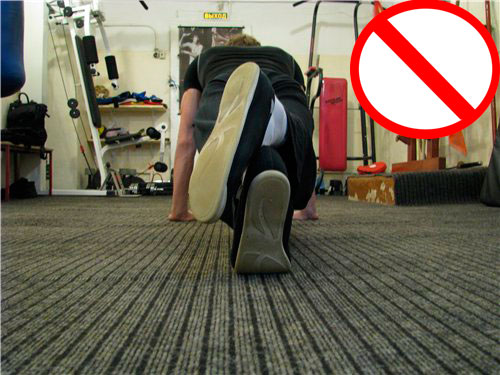 Maintaining the correct position for push-ups, with the waist straight and in-line with the rest of the body, conditions and develops core muscles such as the abdomen.

Put simply, learning the correct position for push-ups is key, otherwise you won´t get the results you´re looking for.

In the standard position, hands and feet should be placed about shoulder width apart. There´s a widely held but mistaken belief that placing one foot over the other leads to quicker and better results.  This is a fitness myth, however.  Placing one foot over the other can lead to uneven or asymmetrical muscle development, because muscle groups that should be involved in push-ups aren´t worked.  It can also lead to less than optimal coordination. 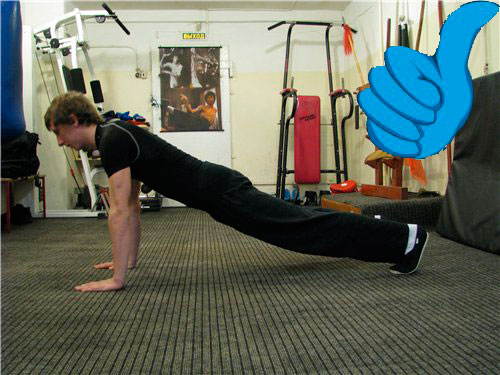 There are many variations on the classic push-up.  For example, you can bend your elbows to the sides or keep them tucked in close to the body. Both options are useful, as they each work different muscle groups.  In the first position, your weight is mostly on your hands, and in the second position on the shoulders. Also you can perform push-ups with a narrow or wide hand position. 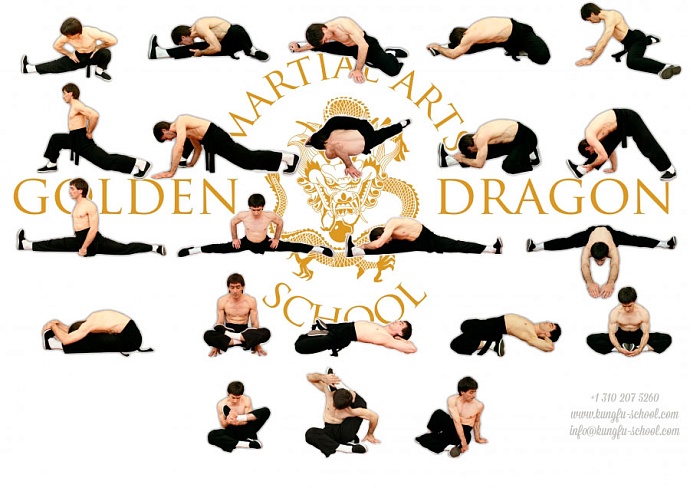 Here is series of stretching exercises for our students. Each description matches the corresponding number in the video and on the picture.

It is important that the exercises are done in the sequence indicated here.

All exercises should be done first on the left leg and then on the right.

Always warm up at least 15 minutes prior to stretching.

Stretch to the point of medium tension. If something hurts, stop immediately. Stretching should feel good.

Try to stretch at least 3 times a week. This workout can take minimum 10 minutes, or as long as you'd like. Regular stretching exercises can improve your performance, prevent injuries and help you to relax. 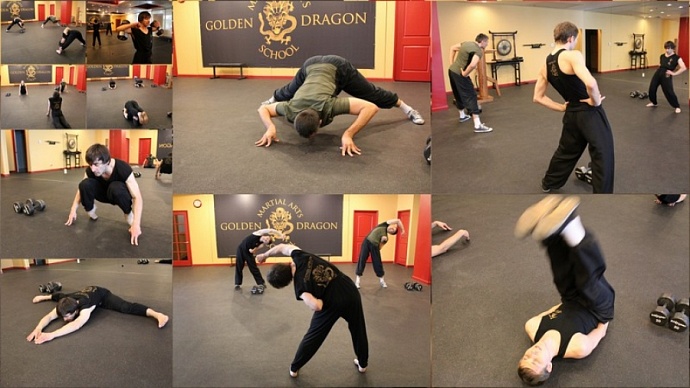 Warm up consists of two parts:
- Joint workout;
- Gun-Fa (methods of workout – the exercises to develop strength, endurance, flexibility, and speed).
In modern times, we divide the workout into two parts to make practitioners more attentive to what they are doing and how they are doing it. The importance of warm up is that it develops the body with maximum efficacy, thus preparing it for further technique practice and subsequent overall body development. In addition it heats muscles and tendons, which reduces the risk of injury.